The exciting role of genetics in Personalized Medicine!

Personalized medicine is here to stay. It gives us all an opportunity – more than that, a responsibility – to make sure our health concerns are dealt with in a way that fits us as individuals. We talked in general terms about personalized (or precision) medicine in the first article of this series. In the second we discussed the importance of good communication with your healthcare provider. Now we get to the fun part! 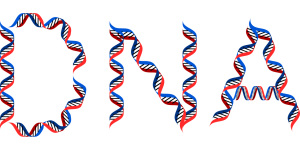 What part do genetics play in medication effectiveness and safety?

Our DNA makes us unique. We differ from one another in eye and hair color, height, gender, physical ability and more. All of these things are determined, at least in part, by our genetic makeup. We look different from each other and respond to our environment in different ways. Why did anyone ever think that medications would work identically in everyone?

With the mapping of the human genome, it became possible to identify genetic differences in our responses to drugs. Some genetic differences may make us more likely to respond well to a particular medication. Others may make put us at higher risk of severe side effects. This field of study is called pharmacogenetics  — “the study of how genetics affects a person’s response to drugs“.  (You may also see the term pharmcogenomics as it’s often used interchangeably.) We’ll use the term pharmacogenetics in this post.

Let’s start at the beginning.

Medications are typically metabolized (chemically changed) by enzymes the body produces. Some drugs need to be metabolized in order to be effective. Other times, drugs are metabolized so they can be eliminated from the body. Over the years we’ve learned that there are a handful of enzymes that are responsible for the majority of drug metabolism. And the enzymes we’re talking about are encoded by the our genes.

There are also enzymes that move (transport) drugs across membranes in the body. As with metabolism, sometimes this transport is needed for the drug to be effective. Other times the drug needs to be transported so it can be eliminated. And it turns out these transport enzymes also are encoded by our genes.

You’ve likely heard of genetic testing to determine ancestry. That became feasible after the human genome was completely mapped in the early 2000’s. The tests are relatively affordable and provide interesting information about where our families came from. Well, that same kind of testing can tell us about the enzymes that metabolize and transport drugs. And it turns out that the efficiency of these enzymes varies widely from one individual to another.

Our genetic makeup may cause our metabolizing enzymes to work extra hard and metabolize some drugs very quickly. Or they may be sluggish and work slowly. Same with the transport enzymes – you may have an enzyme that’s really efficient getting drugs from one place to another. Or your genes may have produced enzymes that don’t work as quickly. All of that to say that by testing your genetic makeup, we can predict with much more accuracy than ever before how you might respond to certain drugs.

Here are a few examples of the ways genetics can affect drug response.

Plavix is a medication that works to keep blood from clotting quickly. It’s often used after a heart attack, or after a procedure to prevent an imminent heart attack. It’s one of those drugs that has to be metabolized by an enzyme in order to work. We know now that a certain genetic variation causes that enzyme to work much slower than usual. If a person with genetic variation is given Plavix, they’ll much more likely to have another heart attack than those with normally functioning enzymes. Knowing that difference ahead of time can help the doctor prescribe a different medication that’s more likely to work.

Mental health disorders are often treated with medications that are metabolized by the enzymes we’ve been talking about. Genetic differences can result in a medication being inactivated so fast it’s essentially useless. Or it might be inactivated so slowly it causes severe side effects. Or it might be inactivated at just the right pace and work well. We know that the treatment of mental health problems is complex, and success of failure of a treatment plan isn’t only about the medications. But still, medications are a mainstay of treatment for lots of people, and knowing which medication is more likely to work can result in a shorter time to treatment success.

Omeprazole (Prilosec) is commonly-used medication for heartburn and stomach discomfort. It has to be metabolized in order to be eliminated from the body. Genetic variations in enzymes cause some people to metabolize omeprazole so rapidly that it doesn’t work well. Knowing that ahead of time would allow for substitution of a similar drug that doesn’t share the same metabolic pathway.

Then there are the “statins”

– drugs that reduce cholesterol and help prevent heart attack and stroke. Transporting enzymes help eliminate certain statins from the body. A genetic variation in the enzyme can cause it to work more slowly than average, allowing the drug to stay in the body much longer. This can result in a higher chance of adverse effects. If pharmacogenetic information were available, the safest drug could be chosen from the beginning.

So what can you do to make your healthcare more personal?

Pharmacogenetic testing is available now with a simple procedure. In the final article in this series we’ll explore where the test can be obtained, how it’s done, how results are documented and interpreted, and what your role is in making sure your genetic makeup is taken into account by your healthcare providers. Healthcare can be personal!

Betty Chaffee, PharmD, is owner and sole proprietor of BetterMyMeds, a Medication Management service devoted to helping people get the maximum benefit from their medications.
Share this...