Alcohol – is it REALLY that harmful to drink when I’m taking medications?

Note: This is part 2 in a series that addresses alcohol use as part of Alcohol Awareness Month.

I hope that you enjoyed the first entry of this series regarding alcohol use (here is a link to that entry if you have not read it yet). https://bettermymeds.com/2019/04/01/april-is-national-alcohol-awareness-month/ 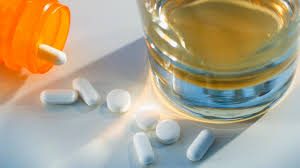 Today, I am going to focus on an aspect that is often underestimated or completely disregarded, and that is how alcohol can affect the medications people take. Many of us have had prescriptions filled with an accompanying label instructing us not to drink any alcohol while taking this medication. However, how many times have you wondered “Can I really not drink any alcohol while taking this, or do they simply recommend not drinking alcohol with this medication?” “Will drinking alcohol with this medication actually harm me, or will I simply feel a little tired?” These are fair and quite common questions, and we’ll explore them here.

First, allow me to preface this by stating that rarely do I tell a patient that he or she absolutely cannot have any alcohol whatsoever. However, it is important to view each case and their corresponding medications individually to make a safe and effective assessment.

NOTE: In no way do we encourage the consumption of alcohol in combination with these medications, because although the direct effects may appear minor (for example, increased drowsiness, impaired reflexes, etc…), these effects may be significant enough to contribute to accidents, falls, and other injuries.  This article is meant to focus on what would normally be expected when combining alcohol with these medications.

Let’s start with the absolute “NO!”s

1. Disulfiram, metronidazole, and tinidazole.  Disulfiram is a tablet that is commonly used to help patients abstain from alcohol consumption, most commonly due to  history of alcohol abuse.  The way disulfiram works is that when a patient ingests alcohol while taking this medication, the patient will experience nausea and vomiting, thus providing incentive to avoid any alcohol consumption.  Metronidazole and tinidazole are antibiotics which will react with any alcohol consumption and result in stomach pain, nausea and vomiting.  In fact, I counsel my patients that if taking one of these particular antibiotics, I strongly discourage ANY alcohol consumption for at least 48-72 hours after completing the course, and this would include any alcohol that is included in some mouthwashes or some cough syrups.

2. Opioids.  There has been a lot of news regarding opioids and the crisis that we currently face in this country, including dramatic increased rates of overdoses and deaths with the use of both prescription (including codeine, hydrocodone, oxycodone, morphine, etc…) and illicit forms of opioids (including heroin).  One aspect that I feel has been underreported is how alcohol consumption with opioid use increases risk for harm.  Opioids already tend to cause a degree of drowsiness, mental confusion, impaired motor control, and respiratory depression.  Consumption of alcohol with opioids enhances these effects on the body, and breathing slows, it affects the oxygen that reaches the brain, which could result in loss of consciousness, and in some cases brain damage and death.  It is generally recommended not to consume alcohol while taking opioids to reduce these risks.

3. Antidepressants.  One thing to keep in mind is that alcohol itself is a depressant.  Therefore, by consuming alcohol, a person who is depressed is likely to offset the effect of the antidepressant medication.  But, antidepressants can be used for other problems such as pain management and insomnia, so depending on the reason for the use of the antidepressant, mild to moderate alcohol consumption may not be harmful, but it is important to discuss this with a health professional.

4.  Anti-anxiety medications and sleep aids.  This class of medications would include commonly used medications such as Xanax (alprazolam), Ativan (lorazepam), Valium (diazepam), Klonopin (clonazepam), Restoril (temazepam), Ambien (zolpidem), and others.  These medications are known to cause to varying degrees drowsiness, mental confusion, impaired motor control, and respiratory depression, although at most prescribed doses, these effects are not as pronounced as with opioids.  However, when combined with alcohol, these side effects can be magnified.  It is generally recommended not to consume alcohol while taking these medications.  In some case complete abstinence is not always necessary, but it is important to discuss this with your pharmacist or physician to know what’s right for you.

5. Muscle  relaxants.  These medications also cause significant drowsiness, which could be worsened by alcohol.

6. Anti-inflammatory drugs (NSAIDS).  These medications (ibuprofen, naproxen, meloxicam, and others) are commonly used for aches and pains, swelling, arthritis, headaches, fever, and other uses. Some are also available in non-prescription form (Motrin, Advil, Aleve).  They are known for causing stomach irritation. When combined with alcohol, the risk of  irritation to the lining of the stomach is increased, which may result in a bleeding ulcer.  NSAIDs should generally be taken with food or milk, but not directly with alcohol.  If NSAIDS are taken regularly for relief of chronic pain, the use of alcohol may significantly increase the risk for bleeding in the stomach.  However, if NSAIDS are only taken occasionally for relief of pain or discomfort, mild to moderate alcohol consumption may be safe as long as it is separated by several hours from the time the NSAID is taken.

7. Corticosteroids.  This class of medications includes prednisone, prednisolone, methylprednisolone, dexamethasone, and others that can be used for a wide variety of reasons.  Steroids are also known for being very irritating to the stomach, and much like NSAIDs, combining these medications with alcohol can increase the risk for significant stomach problems including bleeding ulcers.  In addition, steroids can cause numerous side effects including swelling and fluid retention, which could be worsened with alcohol consumption.

8. Certain antibiotics.  The good news is that there are very few antibiotics that have direct harmful interactions with alcohol.  Having said that, keep in mind that alcohol consumption can lower the body’s immune system, which does not help the antibiotics achieve their purpose of working with your immune system to help you recover from an infection.

9. Antihistamines.  Some cold and allergy medications that contain sedating antihistamines such as diphenhydramine (Benadryl), chlorpheniramine (Chlor-Trimeton), and cetirizine (Zyrtec).  These may cause even more drowsiness when taken with alcohol.

I want to make it very clear that this list is by no means all-inclusive regarding medications that could have potential problems when combined with alcohol, but it hopefully answers some questions that you may have regarding these very commonly used medications.

As mentioned several times before, the best approach is to talk with your community pharmacist for an individualized assessment of your risks with alcohol use.  If you don’t have a regular community pharmacist who can help, contact us https://bettermymeds.com/ to schedule a medication review.

As always, questions and comments on this site are strongly encouraged.  For those who like to imbibe in a drink or two, please be safe when doing so.